He said that the Italian player was not good enough to replace a player of Alonso’s quality and that he believes Benitez made a mistake by signing him.

The former England international who is now working as a pundit said that Rafael Benitez was under pressure to sign a replacement for Xabi Alonso and made a mistake by signing Aquilani. He said that when the player arrived in 2009, he was already injured and that he only managed to play in October 2009.

He said that this is one of the biggest mistake made by Rafael Benitez. He agrees that no one could prevent Xabi Alonso from moving to Real Madrid at the end of the 2008 season, but Rafael Benitez made a mistake by signing an inadequate replacement.

For Jamie Carragher, Alberto Aquilani was never a good player to replace Xabi Alonso or even play for Liverpool. He believed this is what made Liverpool weaker and prevented them from competing for trophies. END_OF_DOCUMENT_TOKEN_TO_BE_REPLACED 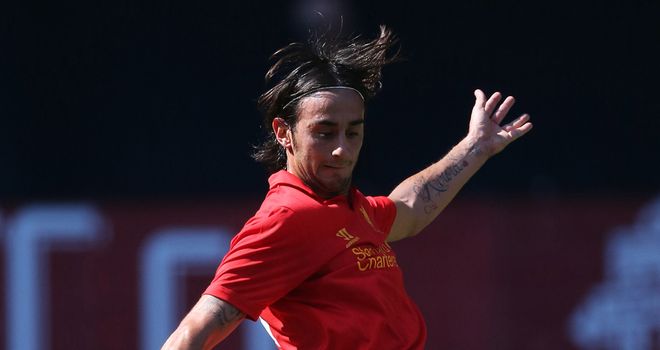 Aquilani while reflecting on his spell at Liverpool this week, told Gazzetta Dello Sport that it was an honor playing at Anfield. END_OF_DOCUMENT_TOKEN_TO_BE_REPLACED

Liverpools period has been a shambles, Joe Cole signing was about hyped. what happened to Aquilani? – by MrKookies (YinkzMrKookies℠ Aden)

Some Of The Liverpool Gamers Reaction To The Signing Alberto Aquilani
Video Rating: 4 / 5