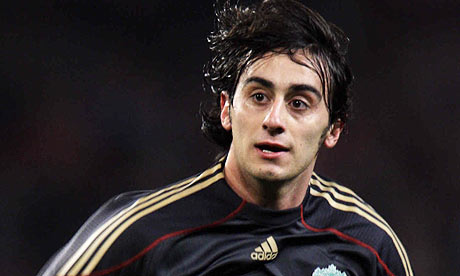 His good form with Roma will attract interest from Liverpool, and he will sign for the England club in 2009. He will make his debut in the Premier League in a game against Birmingham City, which ended 2-2. He will manage 26 appearances for Liverpool in his first season and scored 2 goals during the process. END_OF_DOCUMENT_TOKEN_TO_BE_REPLACED

@BootaLFC get this 1, purchase poulsen and loan aquilani to the crew we bought him from. – by mclloyd10 (Michael Lloyd)